Be the best – be your best!

I’m beyond thrilled with the All Blacks winning the Rugby World Cup on Saturday!  I was glued to ITV.

You may not know but I’m a British born kiwi.  I grew up watching Rugby in New Zealand and I have always been inspired by the All Blacks.

They are arguably some of the best athletes in the world, and they have a very good nutritionist 🙂 Makes me feel proud to have grown up in New Zealand.

On Saturday the ITV presenter John Inverdale asked his studio guest Sean Fitzpatrick (former All Black captain) after we won (phew) and my blood pressure had settled down.

“What is it about the All Blacks that makes them such an unstoppable force in world rugby?”

Sean answered.  A word he said. Hit me.  Sacrifice.

John replied:  “I’m sure a lot of professional players are watching this now, thinking, but I sacrifice a lot and I don’t get the same results as the All Blacks, what would you say to them?”

Sean’s response:  “I’d say to them, but do you sacrifice enough?” 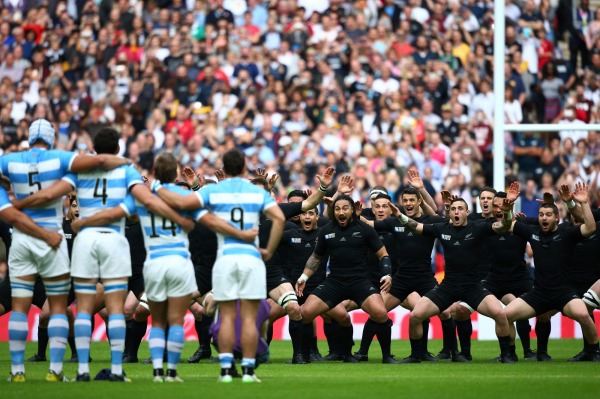 You see when the All Blacks put on that black shirt, it’s NEVER ever something they take lightly.

It’s more than playing a game of rugby.  It’s being part of a legacy, it’s about being the best in the world, it stands for……

A MUCH BIGGER THING in their hearts 🙂

To achieve this much bigger thing they sacrifice a lot.  There’s no way they could be as powerful as they are if they didn’t do this.

You are special!  It doesn’t matter whether it’s to be an All Black, or the best dog walker in your village.   You have your own purpose to make this world a better place.   You know in your heart what that is.

But you’ll never get there if you don’t get go of the clutter that’s standing in your way.

Bottom line:  There’s no way you can be your best if you don’t have a healthy body 🙂

-by the end of this week decide:  “what is my big thing?” “what’s your purpose – your reason why?”

-what is one behaviour I can sacrifice so that something else can flow on in?

p.s I’d love it if you’d share this post to your friends, family and colleagues (especially those who LOVE rugby) 🙂